The paintings can be viewed online, and the music is available to stream everywhere.

We are very excited to reveal the paintings and music in person (along with an evening of live music by N. Sherman, Common Fires, and Andrew Judah) at Bright Jenny (Kelowna, BC) on July 9th - get your tickets now, we can't wait to see you there!

Here is a video about the Waves project. Made by filmmaker Jackson Parker:

"Begin Again" is out now

I wrote this song during a time of significant changes in my life. The end of a 15-year relationship caused a ripple effect, and I'm still riding those waves. The lyrics draw from that experience and are some of the most personal I've ever written (despite containing very few pronouns). Thanks for listening. More music very soon. Love you all - Andrew 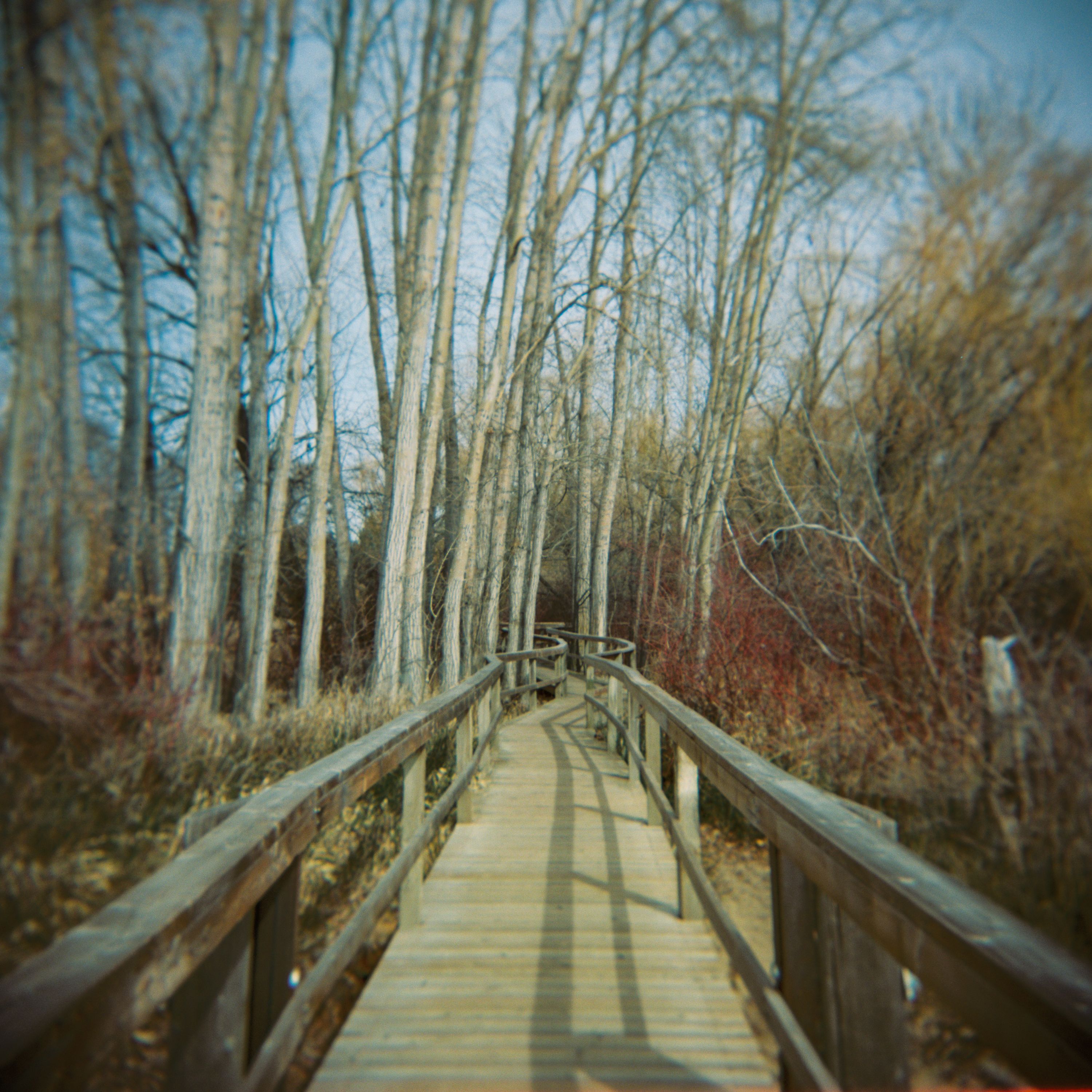 The cover photograph was taken by Andrew on a Holga 120N, in Kelowna, BC

My latest scoring work is for director Harrison Mendel - got to do a nice blend of ambient and electronic/organic beats for this one. There is a shot of Henrique (the cyclist featured in the video) playing the ukulele, so I decided to use my 'gitalele' (6 string uke/guitar hybrid) quite a lot in the score. I've done a fair number of scores for Harrison now... and I have to admit, I'm very tempted to get into mountain biking...

I've decided to revive my blog - as I've really been growing tired of social media this past couple of years. Ironically, my latest single, "Dawn Patrol" is a result of an Instagram experiment of sorts.

"Dawn Patrol" has been out for two weeks. It's a pretty random song. The track was started back in 2015, for an album project that I scrapped - right before I began tracking for my 7 part EP series/concept album, Metanoia... I gave up on the song because I disliked the lyrics and vocal melody I had at the time.

I decided to revive it in the summer of 2021. I changed the key, wrote new melodies and went hunting for lyrical ideas. I posted on Instagram asking for people to send me random personal stories or weird facts, anything I could use for inspiration. I took some of those and used them as inspiration for the lyrics - so if you sent me something (you know who you are) thank you!

My friend Steve Cogbill put together a lyric video for it that is pretty absurd, here it is:

Tahnée Seagrave - This is Home | SHIMANO

Today we released a new single/video called "Best in Show". The video is produced & directed by my good friend and guitarist in my band, Caleb McAlpine.

As it turns out, I’ve been working on this song for more than 6 years. The original spark may have happened sooner, but I have rough demos as far back as 2013. The beatboxing vocal percussion was a part of my original demo and remains in the final version of the song. The exceptionally groovy drum track that enters at 2:46 (performed by my friend Zac Gauthier) was recorded in the basement of my old home, back in early 2015. I had considered including it as a part of the Metanoia project, but it didn't feel right, so I shelved it.

Recently, while sorting through an old hard drive, I re-discovered the song. There was something I still liked about it, so I decided to resume working on it. The ending vocal portion (little by little you're slipping away) came to me and I felt inspired to re-record the entire track (minus the aforementioned vocal percussion/drum track), from a fresh perspective.

The song gets its name from what is essentially a beauty pageant for dogs. Although some of the lyrical ideas may have been inspired by other recent events in my life, I'm mostly addressing myself. It's sung from the point of view of my inner critic. Many creative people deal with a critical inner voice, which can quickly take control if you allow it. It can also be a powerful ally, but you have to know when to ignore it.

In this song, I wanted to let that voice speak. Why? I think I wanted to hear these negative words out loud, in order to shine a light on how ridiculous they are. I think often times when you disagree with somebody, it's better not to attempt to silence them. Instead, let them speak. Let them be the source of their own undoing.

Through You | Sofar Vancouver

Earlier this year Caleb and I played a stripped down set for Sofar Vancouver. Here is a video of "Through You" from that show.

Common Fires and I are currently doing a series of intimate shows across our beautiful/wide nation. We will be playing songs, telling stories, and making awkward stage banter in living rooms, tool sheds, and greenhouses, from Newfoundland to British Columbia.

LORDY! SHOW ME THE DETAILS! (click here to show me the details)

We'd love to see you at one of these shows. Some of them are "private" events (in peoples homes) so if you can't find any information, just send me a response or hit the contact button and I'll send you the details.

We've also recorded a tour-exclusive split EP "5 Songs". It will only be available at one of these shows.

We hope you can make it out to one of these shows. If we are not playing anywhere near you, please write us an angry email (and let us know if you'd like us to do this again, possibly even in your home). Thanks!